The Detroit Bop Quintet was assembled specifically for this United Sound Systems session in Detroit.
The band is made up of four of Detroit's best Jazz musicians and a saxophonist from Columbus, Ohio that says he is proud to be called an honorary Detroiter. 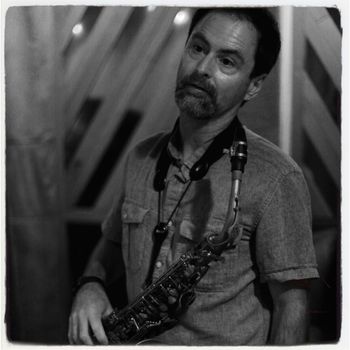 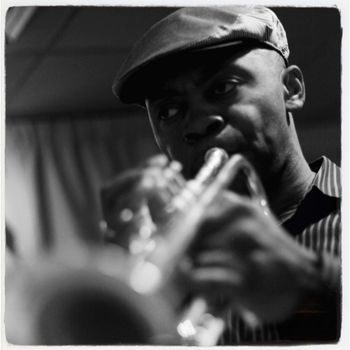 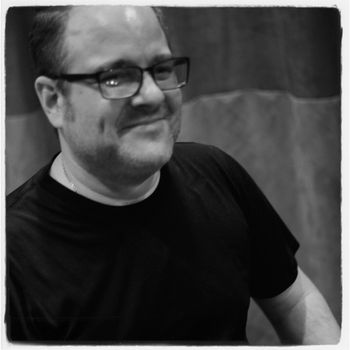 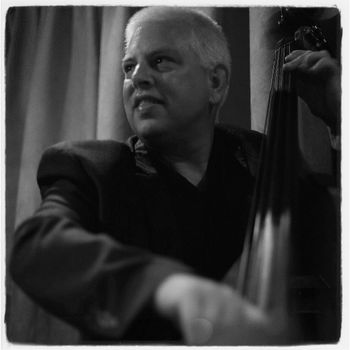 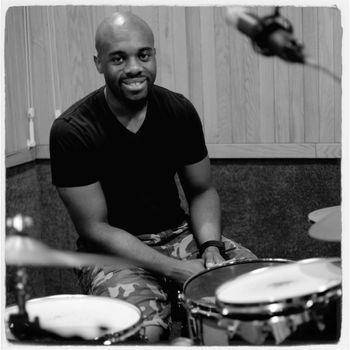 Is it possible to recreate a classic Jazz recording in modern times.

The recording session in question was one that took place on December 21st 1947 at Detroit's United Sound Systems recording Studio. The session was produced by legendary producer Teddy Reig and engineered either by Jimmy Siracuse or his son Joe Siracuse. The musicians on the session were all astonishing musicians and together they were breaking new ground with every performance and recording. Charlie Parker was the session leader and played Alto Saxophone, a young Miles Davis was on Trumpet and the legendary Max Roach was on Drums. On Piano and Bass were two musicians that may not be as famous as the for mentioned musicians but were every bit as good. Duke Jordan was on Piano and Tommy Potter on Bass.

When listening to classic recordings like the United Sound Systems, Charlie Parker session of 1947 the first reaction is disbelief. Especially if you understand the tools that the recording engineers and producers had at their disposal.

For more details on the original session and United Sound Systems pop over to the Spaces section of this site.

Always keeping the basic goal in mind it was essential that this session be recorded with as little technology as possible and the technology that was used needed to be thoughtfully chosen. Having said that, this isn't 1947 and we have so many incredible tools available to us and it would be foolish not to use them.

Leading up to the session day there was week's of research and preparation. Unfortunately there is little or no official documents that tell the story of the original 1947 Charlie Parker session. As far as my research would show there are no surviving session notes, no technical details and no photographs. Savoy Records, the original label has nothing more that a hand types log of the takes that notes if they were complete takes, false starts and which of the complete takes should be considered the master take. And with Producer Teddy Reig, Engineer Jimmy or Joe Siracuse and all the sessions musicians being dead finding first hand knowledge is next to impossible. Luckily what TQM Recording Co did have was the expert knowledge of Ed Wolfrum. Wolfrum was a recording engineer at United Sound in the 1960s and was close friends with Jimmy and Joe Siracuse. For more details on what we learned from Wolfrum pop over to the United Sound Systems page on this site.

The sound of any live music session is very dependent on the room acoustics and the location of each musician in relation to one another. It is the room and the bleed of adjacent instruments in to the close microphones placed on other instruments that form this special ingredient. So finding out where the musicians were placed in the studio was essential knowledge. Luckily recording engineers are creatures of habit and when they find something that works they stick with it.

When Ed Wolfrum was an engineer at United Sound he remembered that Studio B had become a foley and film sound overdub room. By the 1960s most of the music sessions took place in United Sound's gigantic Studio A. But in 1947 Studio B was the only studio space at United. However, Wolfrum did say that Studio B was ideal for small Jazz combos and was often used for Jazz recordings well in to the 1980's. The two key pieces of the puzzle for where the musicians were located came from the placement of the piano and the drums. Ed Wolfrum easily remembered the set up of Studio B "Drums were always on the raised section of the room in the Northeast corner. Piano was on the south wall.  I moved it out from the wall on the few dates I did there. Parker and Davis were most likely facing them diagonally."

With this description of Studio B and the knowledge that the drums were always placed on the riser and the piano was always against the adjacent wall we could easily deduce the rest of the set up.

The most important equipment on any recording session is undoubtedly the microphones.

After Much research the following microphones were chosen:

A total of 10 microphones were used on the session. This is as many as four more than the original session. The reason for the extra microphones is simple. It is because we could. While we wanted to recreate the session as close as possible we also wanted the recording to be modern. We were after a sound and not necessarily a perfect recreation. Using fewer microphones would be like asking the musicians to solo exactly as the original players did on the original recordings which would not be in keeping with Jazz being an improvised art form.

The horn microphones were graciously provided by Deni Mesanovic of Mesanovic Microphones. These microphones are hand built in Detroit and having a Detroit microphone manufacturer involved in the session was a cool bit of luck. The RCA 44-BX was provided by Ed Wolfrum. Wolfrum's interest in our session was amazing and his help was invaluable. When we suggested we were going to use a Tube Condenser microphone on the bass he quickly pointed out the error of our ways. "I would question the condenser on the bass as the bi-directional, high frequency nulls on a condenser microphone with 2 capsules is not as good, off axis, as a single ribbon is. This may present a problem with the cymbals bleeding into the bass."

As for other equipment used on the recording session. We kept it simple and used the available gear found today in United Sound Studio B. Focusrite Saphire microphone pre-amplifiers were used for all microphone channels and Avid ProTools 10 was used as the recorder with Avid 192 I/O as the audio interface. The session was recorded at a sample rate of 96kHz at 24 bits.

The Mix and Mastering Session

The mix and mastering sessions were done at TQM Recording's home base, Heading North Mastering in Toronto.

The main mix of the session is the mono version and processing would be kept to a minimum. The mixing console used was the Avid System 5 all digital console running at 96kHz. All compression was done in the analog domain and equalization was a combination of analog and digital.

Here is a list of analog gear used on the mix:

For the mastering session the Manley Massive Passive Equalizer and Vari-Mu Compressor were used on the mono and stereo mixes along with a Studer A-810 1/4-inch tape machine. Further compression and limiting was done in the digital domain with Izotope Ozone 5 mastering processing. For the 5.1 surround mix all mastering processing was done with Ozone 5.

The DAW used for the mix was once again ProTools 10 and Sadie 6 was used as the mastering DAW.

The vinyl lacquer was cut at Ardent Studios in Memphis on the legendary Stax records lathe by Jeff Powell. 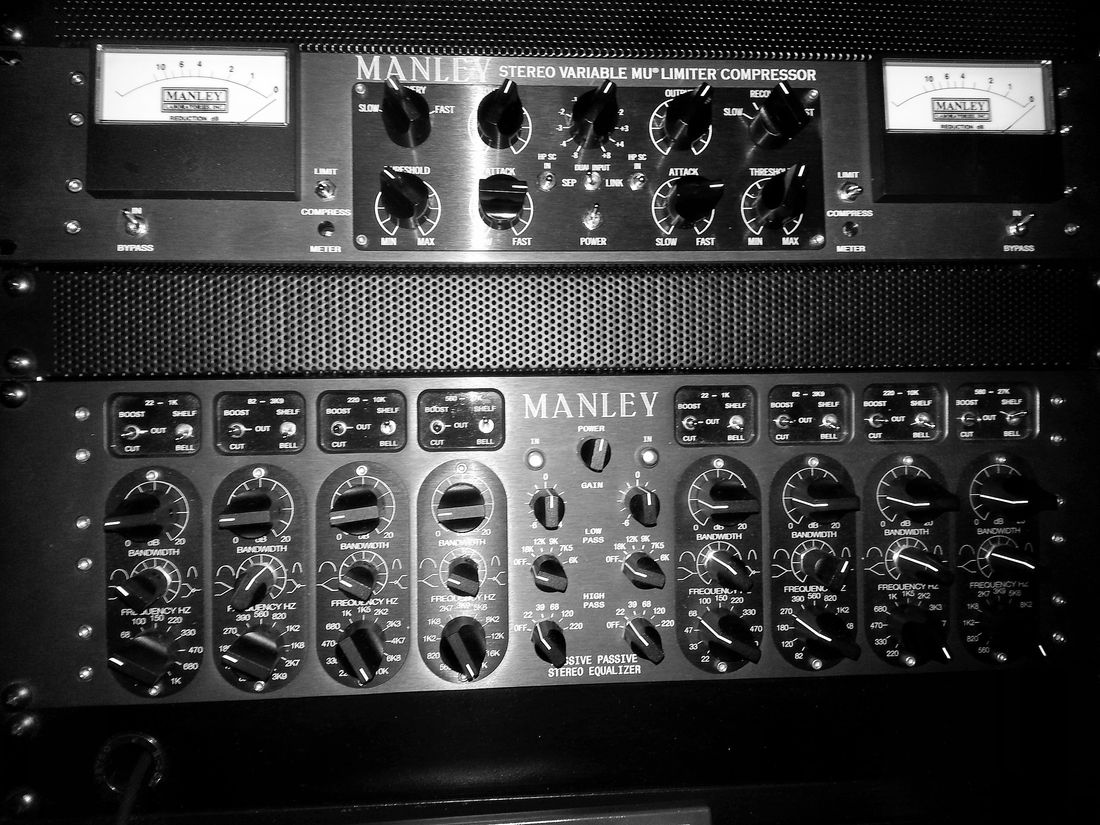